Skagway and the Train ride

We leave Skagway on Alaska's only railroad, White Pass and Yukon Rail, heading towards White Pass where around 100,000 people from all over the world flocked to after gold was discovered in 1896.  It's an incredible ride with evergreen alpine fir forests, crystal clear lakes, cliff hugging track, shining snow mountains.
Ships brought in dreamers and schemers to the  new tent town—Skagway, Alaska. Skagway was the entry point to the White Pass, a gap over the mountains that led to the Yukon River and into the Klondike gold fields. 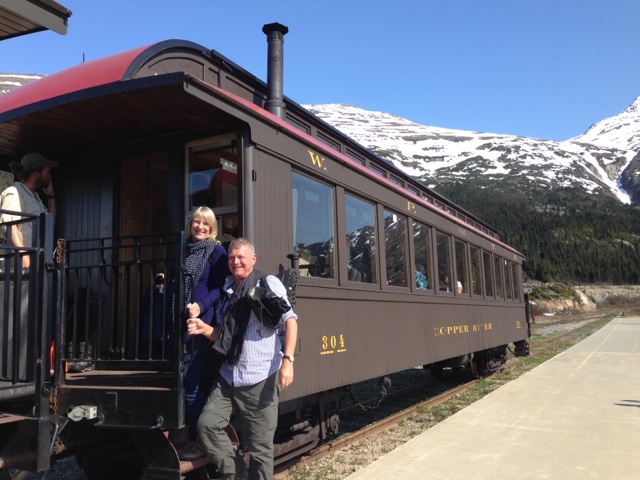 The town retains its old world charm, today a town geared for tourists exploring
Alaska.  This is the ice blaster used to clear the train tracks from heavy snow. 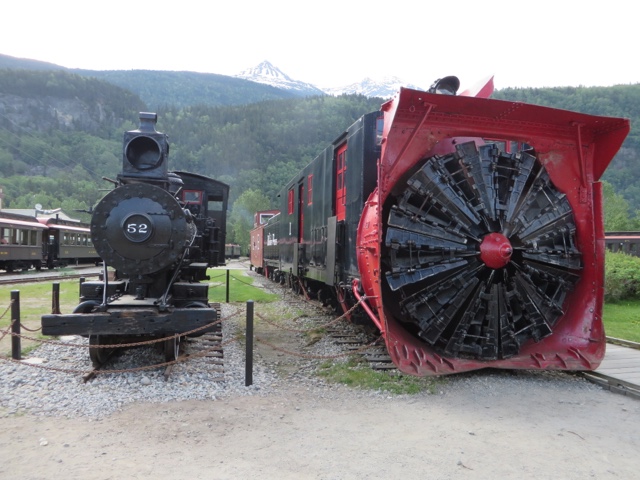 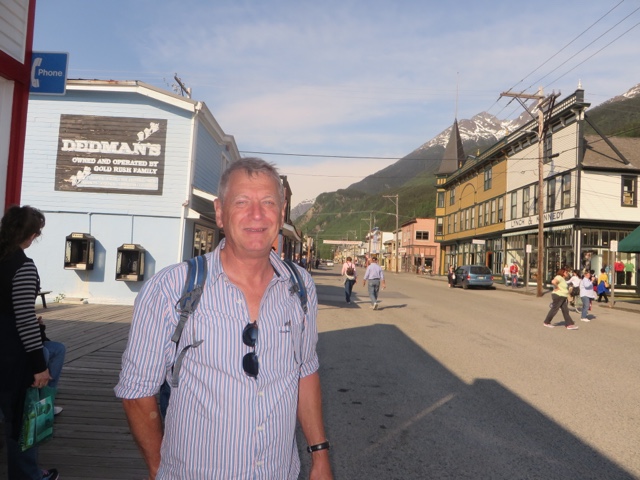 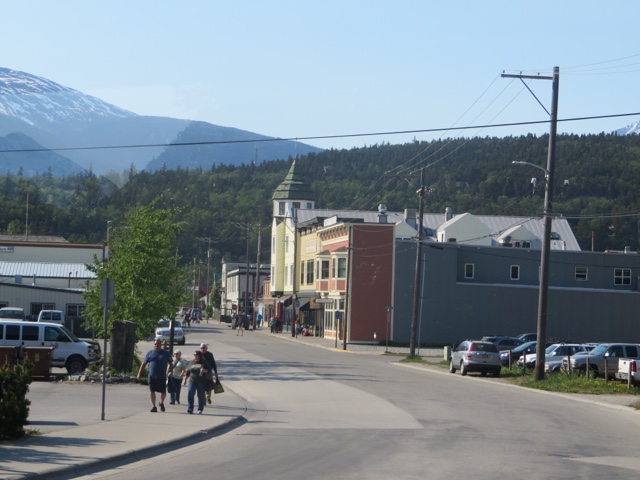 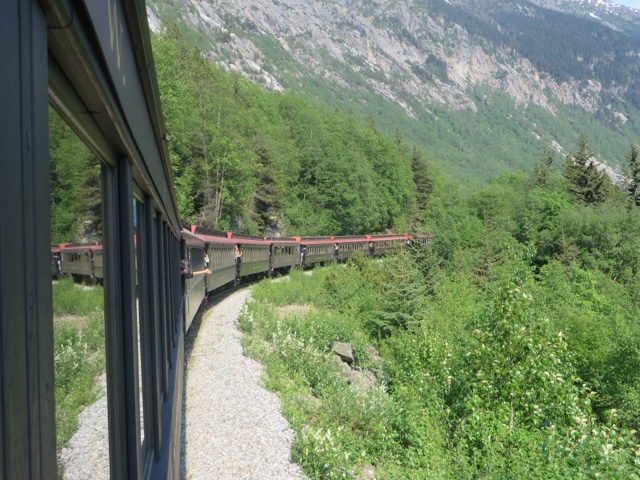 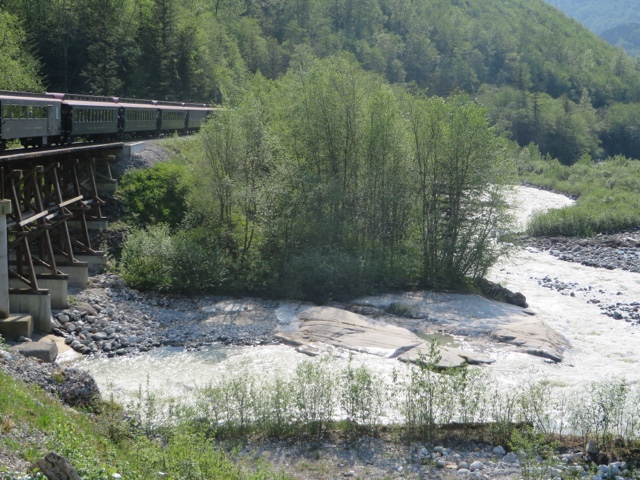 A "trestle"  is built of wood for the train track over the streams.. 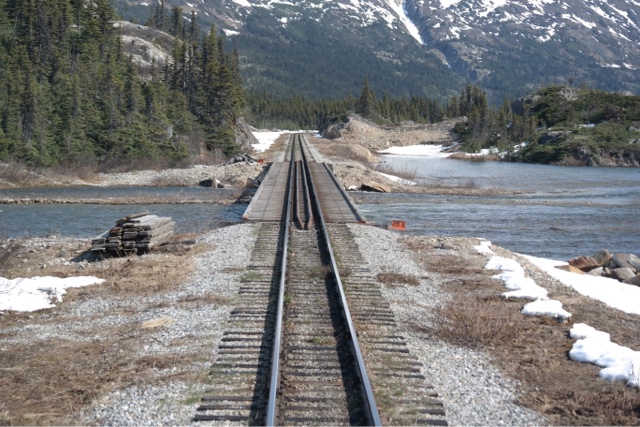 The snow gets closer... 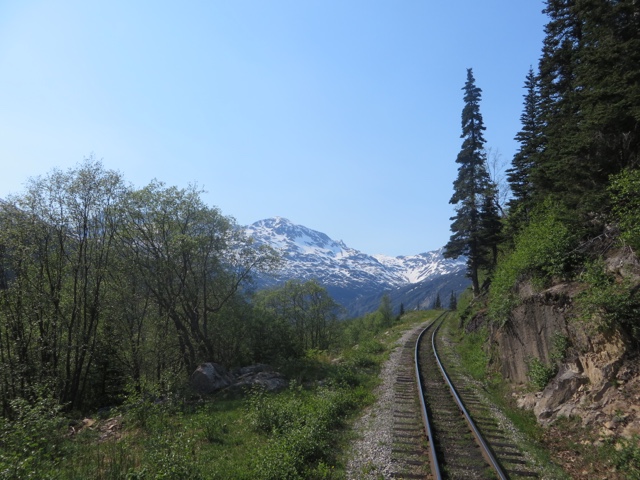 It took 30,000 men two years and tons of dynamite to blast through the granite rock to build the railway 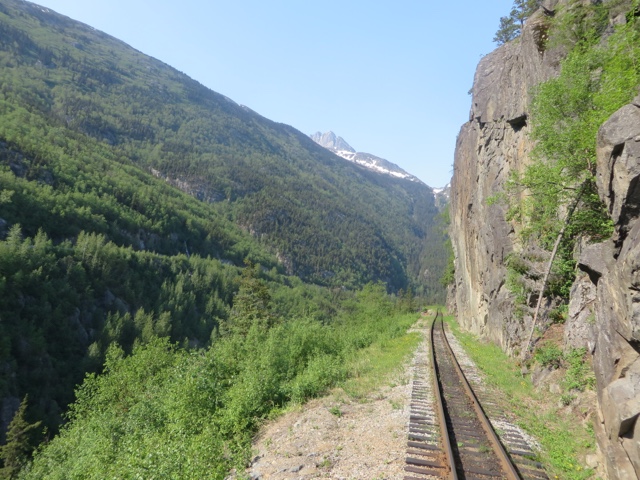 The first bridge in the distance, used until the 50's.... 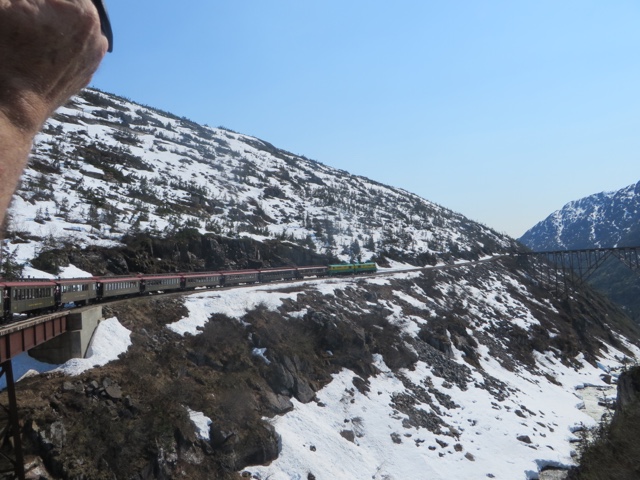 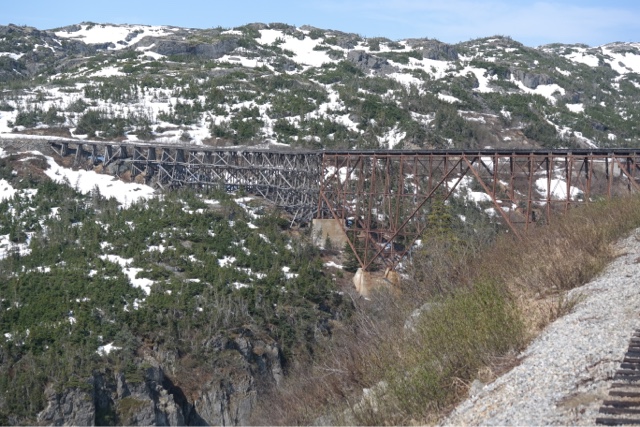 After the train ride we go to the Red Onion Saloon for a beer.  The girls/waitresses dress up traditionally. 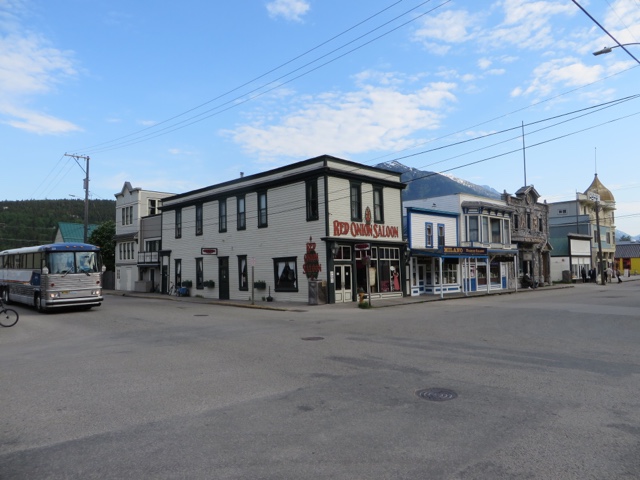 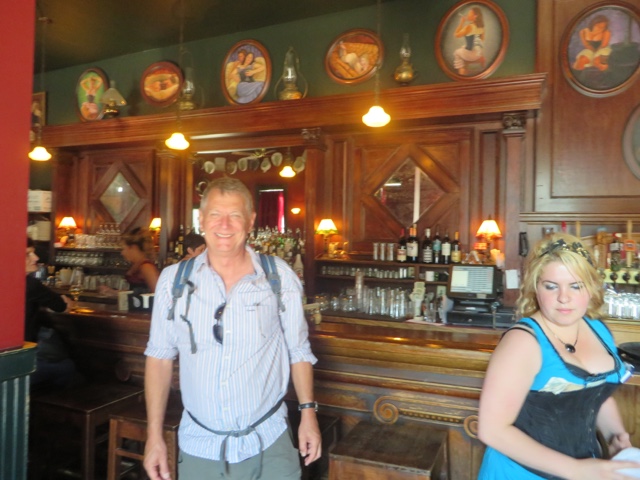 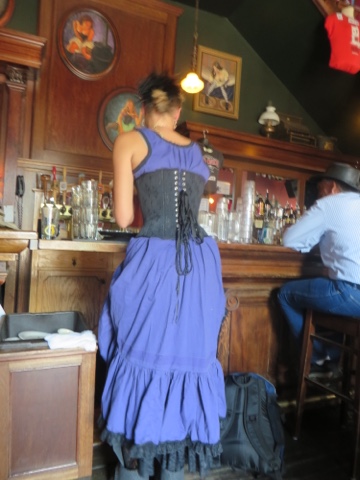 On the way back to the Norwegian Sun for our next adventure, the helicopter ride and dog sledding. 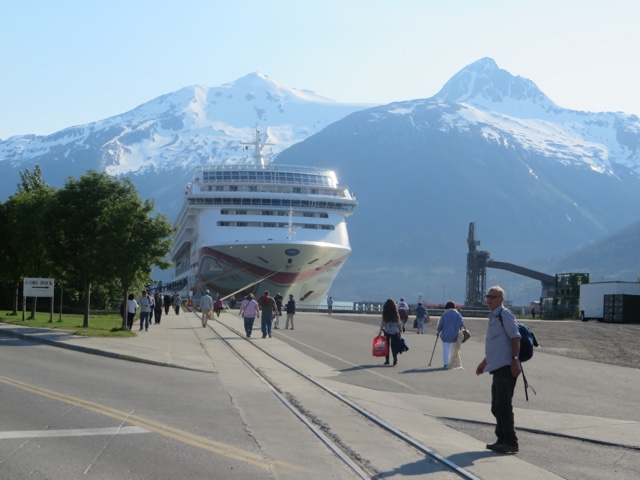